Although it’s a common word, when we look closer, the verb “to cause” is often misused. The Oxford dictionary defines it this way: “Make (something, especially something bad) happen.” The dictionary uses “this disease can cause blindness” as a sentence example. Notice how the example uses the word “can” to mark a possibility. Let use a real-world example and change the “this disease” for “diabetes.”  Diabetes can lead to blood leaks in the retina that could result in permanent vision loss. So, it’s true that “diabetes can cause blindness.” However, we can’t say “diabetes cause blindness,” because it is not all diabetes cases that will result in blood leaking in the retina, and it’s not all blood leaks that will result in blindness. It’s a possibility, not a certainty.

However, in everyday language, we often say “smoking is a cause of cancer.” When we hear something like this, no one usually corrects the affirmation. Since the association between tobacco and lung cancer is so strong, we’ve accepted this risk factor as a cause. The criteria for which a risk factor can be considered a cause are still up to debates. Several epidemiologists proposed different benchmark. One of the most used is the Bradford Hill Criteria.

What is a Cause? 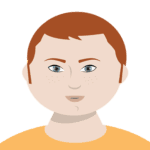 Bob has a bad diet. By bad, we mean he’s always eating chocolate, fried chicken, and other sugary/fat foods. He eats too many calories per day, and he’s overweight. 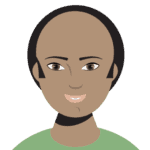 Steve has the same diet, but he isn’t overweight. Because of his active life and his metabolic rate, Steve compensates for his caloric intake and burns all his everyday calories.

Sam has a healthy diet. Although his calories intake is typical for someone of his age and sex, he’s still overweight. Sam suffers from hypothyroidism which results in a slower metabolism that burns fewer calories. Added to the fact that he’s not doing a lot of physical activities, he’s overweight even if he eat fewer calories than Steve.

It depends on your definition of cause. Kenneth Rothman, a famous American epidemiologist, define a cause as “an event, condition, or characteristic without which the disease would not have occurred.” As you can see, to be considered a cause, we have to be sure that the condition wouldn’t have happened without this specific factor. So, in a specific example, like Bob’s case, we can say that his bad diet caused his obesity. If Bob were eating less calorific food (healthier diet), he wouldn’t be overweight.

However, when we’re talking about the general condition, it isn’t so clear. Of course, if you have a bad diet, you increase your chance of suffering from obesity. In everyday language, it’s accepted that a bad diet is a “cause” of obesity since it’s the cause of a lot of individual weight problem. However, what’s causing the weight gain is the difference between the calories intake and the calories burned. Since a “bad diet” increase your calories intake, it increases your chances of gaining too much weight. That’s why the term we should use is “risk factor.” Although a risk factor can also be a cause, as we will see, it’s not all risk factors that are causes.

The best way to explain what is a correlation is to use an example. Let’s say we take a group of person and we measure their weight and their calories intake. We draw a graph with the x-axis representing the average number of calories they eat per day and the y-axis representing their weight. For each person, we put a dot on the graph where the person stands in term of diet/weight ratio. If it looks like all the points are around a line, you have a correlation. In the example above, we have a positive correlation because the line goes upwards. If the bar were going downward, we would have a negative correlation.

However, if the points look scattered in random order, you do not have a correlation.

In simple terms, a correlation happens when a factor (like a diet rich in calories) can help us predict the occurrence of something (like the weight of a person).

However, you may have heard that correlation doesn’t imply causation. It’s not because a factor correlates with the condition that it causes it. There are several ways a risk factor could be linked to a condition.

The Types of Correlations

Some risk factor could worsen an already present condition. For example, if we take our anxiety and PE example, it’s possible that anxiety aggravates the situation without causing it. It would mean that without other factors, anxiety itself wouldn’t trigger the premature ejaculations. However, when combined with other factors, it makes the premature ejaculation worse.

If this is the case, treating the anxiety disorder would help the PE problem, although it wouldn’t address it completely. 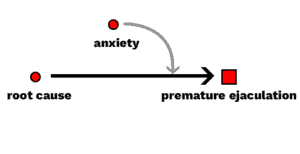 Sometimes, the aggravating factor could also be aggravated by the condition. It’s what we call a vicious cycle. For example, the anxiety could contribute to the PE, but the PE can also add to the anxiety.

If this is the case, treating the anxiety disorder would help the PE problem, although it’s not clear if it could address it completely. 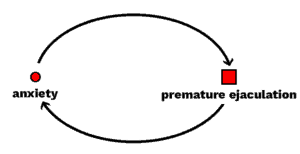 Shared Cause (consequence of a common cause)

However, in this case, treating the anxiety won’t help the ejaculation problem. To treat the PE, we would need to resolve the nervous system imbalance. 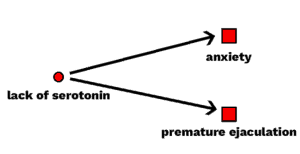 In this scenario, treating the PE would cure the anxiety problem, but addressing the anxiety won’t help the PE problem.

The last explanation for the anxiety/premature ejaculation correlation would be that anxiety itself cause the PE problem. It’s what we call a direct causation.

In this case, treating the anxiety would treat the PE, but not the other way around.