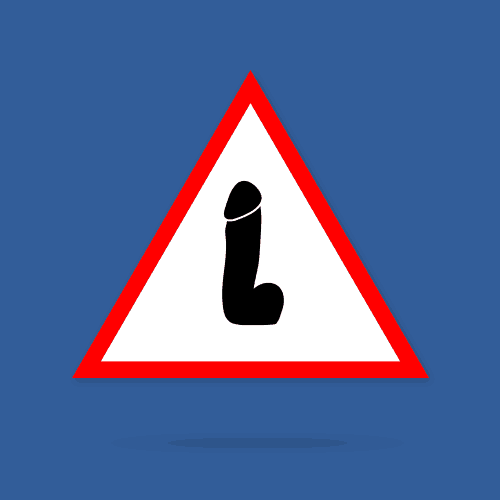 Why is my Penis so Sensitive?

First, everybody is different. The penis is an organ with a lot of nerve endings and some physiologic difference from one man to another could explain the sensitivity difference. We know that some sensitive parts of the penis (like foreskin rete ridges) are irregular and vary in height depending on different criteria3. Frenulum length is also another anatomical difference between men that could play a role in penis sensitivity4.

Beyond the physiological differences, neurologic reasons could also explain the impression of hypersensitivity. The penis sends some signals to the brain and spinal cord when it’s stimulated. Those signals travel via the nervous system. When enough signals are sent, the spinal cord triggers the ejaculation reflex.

The impression of hypersensitivity could also come from the nervous system. The nervous system uses neurotransmitters to communicate. Some of those neurotransmitters, like the serotonin, play a considerable role in the ejaculation reflex. Some specialists suspect that an imbalance in the nervous system could create the impression of a more sensitive penis5. For example, a lack of serotonin could make your penis feel hypersensitive even if, anatomically speaking, your penis is just fine.

Psychological factors represent the last way in which your penis could seem hypersensitive. Premature ejaculation also has some psychological and relational risk factors. In this case, your penis may feel sensitive even if there are no physical factors at play. One common example is men who have trouble managing their arousal. Arousal modulation is a skill that some people have a problem with. When you’re aroused, your penis feels more sensitive. If you get too excited too soon, the issue is not with your penis but with your arousal control.

Another example is when your relationship isn’t going well, and those relational tensions influence your mood. You can feel stressed or anxious about sex if your relation is toilsome. This stress and anxiety could also give you the impression that your penis is more sensitive than usual.

How Can I Know If My Penis Is Hypersensitive

How Can I Reduce My Penis Sensitivity

If you find yourself more sensitive, you should take a look at the How to Make your Penis Less Sensitive page to find trick on how to reduces penis sensitivity.