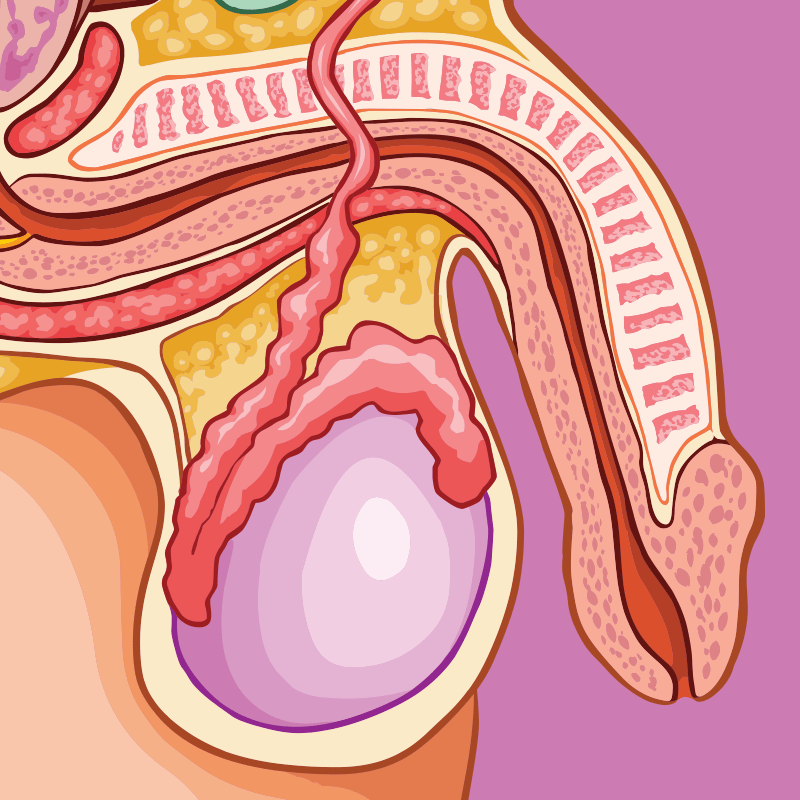 What is the Most Sensitive Part of the Penis?

The penis is a really sensitive organ with several nerve endings. Those nerve endings are distributed between 3 zones: the penile skin, the glans and the foreskin (the layer of skin that cover the glans, also called prepuce). A thin layer of skin called the frenulum attach the foreskin to the glans. The transition between in the inner and outer foreskin is the most sensitive part of the penis1. That’s why stroking and thrusting motion makes men ejaculate.

The sensitive part of the penis

The skin that covers the penis shaft is full of nerve endings. Still, the shaft’s skin is less sensitive than the glans and foreskin.

The glans penis is the pink bulbous structure partially covered by the foreskin of uncircumcised men. It has a high concentration of free nerve endings particularly sensible to deep pressure and pain2.

Another sensitive part of the penis is the frenulum. The frenum is the thin band of skin that attaches the foreskin to the glans. It starts at the meatus, the opening from where urine and sperm are expelled. Some specialists suspect that the length of the frenulum could play a role in the penis sensitivity. Indeed, a short frenulum can be a potential cause of premature ejaculation. 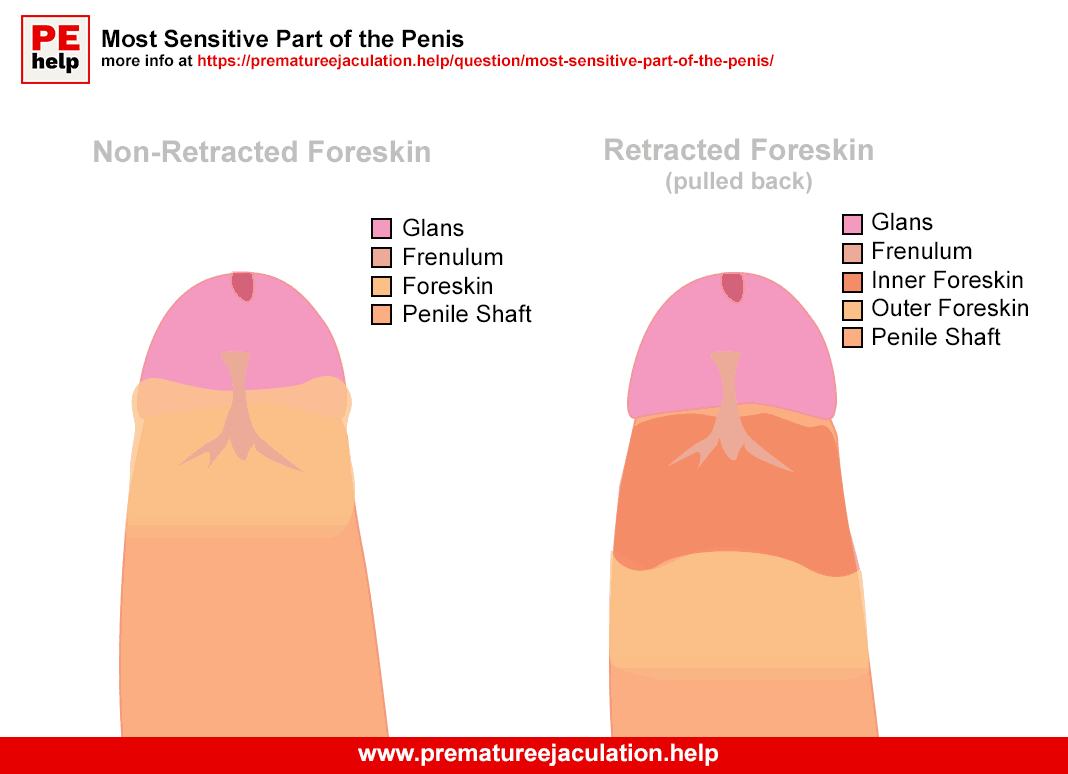 For different reasons, some men could have a hypersensitive penis. Each penis is different (skin and mucosa thickness, rete ridges height, frenulum length, etc.). Also, when stimulated, the penis send messages through your nervous systems to the brain and the spinal cord. Those signals will eventually trigger the ejaculation reflex. Some neurologic factors could also give you the impression of a hypersensitive penis.

Therefore, you may have the impression that your penis reacts to much to physical stimulation. If it’s the case, you may want to check some ways to make your penis less sensitive. Some lidocaine-based sprays, like Promescent, can help reduce penile sensations. If you’re interested in trying Promescent, you can read our in-depth review.