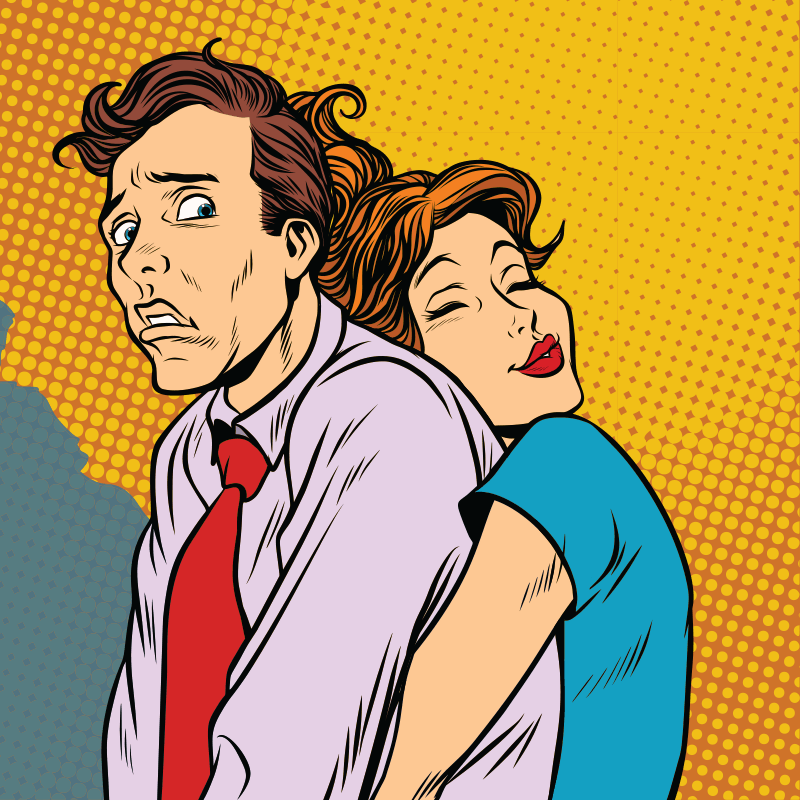 How Can I Help my Boyfriend with Premature Ejaculation?

Be Honest With Yourself

The first thing you need to do to help your boyfriend is to ask yourself some questions. And please, be honest with your answer.

How Much Does Your Boyfriend PE Bother You?

It’s okay to be bothered by your boyfriend PE. Some girls would like their man to last longer but feel guilty of feeling so. If it’s your case, you shouldn’t. Lying to your boyfriend, or worse, to yourself, won’t help your couple. It’s okay to think that your sex life would be better if sex were lasting longer. That doesn’t mean you have to go to your BF and tell him bluntly. There’re ways to approach the subject without hurting his feeling (more on that later). As much as we like to think otherwise, we, men, are vulnerable to sex issues. Still, if you both stick your head in the sand and ignore the matter, it won’t help anyone. So, be honest with yourself and know where you stand first.

Note also that while some girls are annoyed by premature ejaculation, other doesn’t mind. For a lot of reasons, you could be happy that your man comes quickly. If it’s your case, good. If it’s not, no worry, it’s also normal.

How much is intercourse important to you?

Intercourse, coitus, vaginal penetration… call it what you want, it’s often what we have in mind when we think about sex. The next question you should ask yourself is how important is this particular sex act to you. While premature ejaculation could be an obstacle to intercourse, it’s not necessarily a handicap for other sex acts – like oral sex for example.

Some women only swear by vaginal penetration. For others, clitoridal stimulation is the big deal. We all have different tastes and desires. For you, how does your ideal sex life look like? An equal proportion of both, or you a have a preference for one or another?

How satisfied are you with other sex acts than intercourse?

Speaking of other sex acts, how are you satisfied with those? Are you pleased with the way you boyfriend stimulate you outside of intercourse? Is there anything you would like him to do more, less or differently? Have you ever tell him? If no, why?

For you, how long is long enough? What’s the ideal length of penetration? Some women like a marathon that lasts for hours. For most, it’s just painful after a certain time. Still, blamed it on porn, most men think they have to continue for hours and have no idea what is the average sex time. The ideal sex length is not an absolute measure. It varies from couples to couples. It also depends on the situation.  Sometimes, you can be in the mood for a quick one, other time you may want to take your time. That’s why it’s something all couple should discuss.

Other than “time” what other aspects of your boy’s PE bothers you?

There’s a lot of things that sucks when your boyfriend suffers from PE, but sometimes, it’s not a question of time. Maybe it’s not (or not only) the penetration time that bothers you, but your man’s reaction. How does he react to a quick ejaculation? Does he felt guilty? Distant? Does he roll on his side of the bed and ignore you or he keep you aroused and keep the stimulation going if you wish to?

Studies show that men who suffer from premature ejaculation also suffer from self-confidence issues. If it’s your boyfriend case, how much this bothers you?

Another typical reaction to premature ejaculation is to avoid sex. Are you satisfy with the number of times sex happens, or do you feel like your partner may avoid sex because of his PE?

Sometimes, a man reaction to PE is more bothering than the premature ejaculation itself. It’s a good thing to note all the stuff around the early ejaculation problem that you would like to work on.

Ok, I Know Why PE Sucks, Now What?

Information is Your Ally

Before you speak to your boyfriend, it’s a good idea to inform yourself on the subject. You can browse the different section of this site to learn more about the topic of premature ejaculation. No need to become a premature ejaculation expert, but if you have a basic knowledge of the causes of PE and its consequences, you’ll better understand how your man is feeling.

You will also be aware of the possible treatments of premature ejaculation. The fact that you’ll know all the possibilities to treat PE can help you both to stay positive. And with a positive approach, you’ll give yourself a stress-free environment where you could overcome PE together.

How To Talk About Premature Ejaculation With Your Boyfriend

Tips to Break the Ice

First, if I were you, I wouldn’t address the subject after sex, especially not after a premature ejaculation episode. If your man feels guilty or frustrated by his PE, the guilt and frustration will take over any other emotion, and your talk won’t be pleasant. It’s better to choose a moment where you are both in a good mood.

If you do not openly talk about sex in your relationship, it will be harder to approach the subject of premature ejaculation. Since it’s easier to talk about positive than negative things, it’s good to speak often about what is right about your sex life. Before you address the “not so good” aspect of your sex life, be sure to stress out what you do enjoy in your relationship.

How You Can Help Your Boyfriend Treat His Premature Ejaculation

When the ice is broken, it’s time to adopt a solution-oriented mindset.

Point Him in the Right Direction

By speaking with him, you’ll find how much he knows about the different premature ejaculation treatments. Since you’ve read this page yourself, you can talk to him about the alternatives that he might not know. Together, you’ll be able to try some of the possible solutions.

Help him With Premature Ejaculation Exercises

Of all the different treatment, the first one you should try is probably the homemade behavioral therapy. There’s a lot of premature ejaculation exercises that you can do with your partner that will help him to gain better control over his arousal. If you approach it like a game, and you both have fun while you train his ejaculation control, you will develop a stress-free environment essential to treat PE.

Be Open About All Solutions

While re-education exercises are the first place you should start, if your man’s PE is severe, it’s possible that it won’t be enough. That’s where other treatments options like sex therapy, delay products (PE condoms, PE sprays, PE cream) and even medication can be envisaged. Staying open to all possibilities is good.

If you think it’s your boyfriend case, one way to get rid of this pressure is to stay focus on the positive. You can take a look at the good side of premature ejaculation page. If you think some aspects apply to your relationship, tell your boyfriend. As long as he’s conscious of the positive, he won’t feel the urgency to succeed – and its useless pressure.

Finally, if you are one of those girls that are always putting others first, it’s important to never forget about yourself. Altruism is a nice quality, but sometimes the best way to help other is by making sure you don’t forget your own good. It’s especially true about sex. As much as you want to help your boyfriend, if his ejaculation control quest makes you uncomfortable in some ways, you aren’t helping him by keeping it to yourself.

That’s why this article stresses the importance of communication. As long as you are both open and honest about what you like and what you want, you should be able to find ways to overcome the sexual difficulties you’re confronted with.