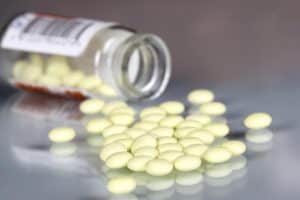 SSRI can be used as a off-label treatment to PE

You might have heard about premature ejaculation pills. Several websites sell supplements with supposed ejaculation delaying effects. What’s the deal with those over-the-counter pills for premature ejaculation? Are there any studies backing their claim? What about prescription drugs? Is there legit medication effective against PE? Can my doctor prescribe a tablet for my rapid ejaculations?

Since the development of erectile dysfunctions (ED) drugs in the 90s, pharmaceuticals companies are looking for ways to treat sexual dysfunctions with medication. They dream of premature ejaculation pills that would be as effective to PE as Viagra and Cialis are to ED.

On the other side, a lot of premature ejaculators would like a treatment that would be as simple as taking a pill. Unfortunately, there is no study that demonstrates the effectiveness of natural supplement for premature for premature ejaculation. Over-the-counter PE pills on the market are either untested, or they simply do not work beyond the placebo effect. So, the only tested pills are the prescribed ones.

The good news is that some prescription drugs show some powerful ejaculation delays effects. The bad news is that those drugs don’t work for all, and they can present side effects. Also, some countries still don’t approve drug treatment of premature ejaculation.

A Word of Caution About Prescription Drugs

Before we start to talk about effective premature ejaculation pills and medication, we want to be crystal clear about one thing. All the drugs listed here are strong medication and available only via a doctor’s prescription. Never use a prescription drug for which you do not have a prescription. Your health is not something you want to risk, and taking medication without professional medical advice poses serious health risks.

If you consider using drug treatment for premature ejaculation, please consult a physician and respect his instructions. This page’s goal is only to present the options available, but it isn’t a professional medical opinion. I’m not aware of every counter indication those drugs may have, neither your particular health condition. Your doctor is, that’s is job. That’s why he’s the one you should trust. This page is only here to give your preliminary information.

If you are looking for an over-the-counter product to treat premature ejaculation, delay creams, sprays or condoms are your best bet. They are way more effective than any OTC pills you could find. If you really want to take a pill, your only solution is to get a prescription. 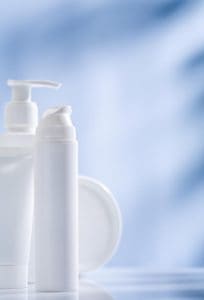 Different type of antidepressant exists. Studies on premature ejaculation have focused on specific antidepressant families, namely the Tricyclic Antidepressant (TCAs) and the Selective serotonin reuptake inhibitors (SSRIs). While TCA was the first type of drugs to be investigated, SSRIs are now the most promising drug treatment for PE. It is the recommended drug treatment by the International Society for Sexual Medicine (ISSM)1.

Also, researchers did some studies on erectile dysfunction drugs (PDE5 inhibitors) effect on PE. Scientists would need to conduct more robust research to determine the actual efficacy of ED drugs for premature ejaculation. Still, we have some data that suggest that drugs like Sildenafil, Vardenafil or Tadalafil could be effective against PE. You can read more on this on the Does Cialis or Viagra Help With Premature Ejaculation page.

Still, the SSRI is still the recommended drug treatment by the ISSM1 and ED drugs represent, for now, a possible treatment only for people who suffer from both PE and ED. 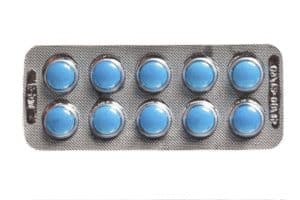 Dapoxetine is a on-demand option used to treat PE

Some of those drugs can be taken daily (one pill per day) for a continuous effect or on-demand (you take the capsule 1 to 3 hours before sex). While some premature ejaculators prefer a daily treatment because they don’t have to “plan ahead” the moment they want to have sex, others prefer the on-demand treatment since they do not have to take a drug on a regular basis.

While antidepressant use for PE is more effective in daily usage, pharmaceutical companies developed a specific type of SSRI called dapoxetine for on-demand usage. Even if it’s less effective when it’s used on-demand, most SSRI are still effective when taken on-demand. In the USA, there is a telemedicine service that can prescribe on-demand sertraline for the treatment of premature ejaculation.

Effectiveness of a Treatment

Studies on drug treatment calculate a drug efficacy with a stopwatch measure of the patients’ average sex time. Researchers use as a measurement unit the IELT fold increase (you can read more on how it’s calculated here by clicking this link). In short, it represents how much on average the treatment prolongs ejaculation time. In simple terms, a drug with a 2-fold increase means that, on average, a patient on this drug double the time he took before ejaculating.

The placebo effect represents a fold increase around 1.4.2 So, to be considered effective, a drug must increase the IELT of the test subjects by more than 1.4 fold.

Each drug shows a different IELT fold increase. For example, Dapoxetine (an on-demand SSRI) show a 2.5 to 3 fold increase when taken one to three hours before sex3. Paroxetine (daily SSRI) usage shows an 8.8 fold increase2.

We have to keep in mind that those are averages. Since Premature Ejaculation has multiple causes, the efficacity of drugs treatment varies from one person to another. Some people do not gain any ejaculation control and don’t increase their ejaculation latency with the drug. For example, Waldinger, a premature ejaculation researcher, estimates that about 20% of men do not have any ejaculation-delaying effect from taking SSRIs4. 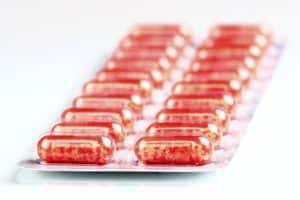 So, there are effective premature ejaculation pills. Great!

Now, the bad news. Those drugs aren’t all approved by governments for PE usage. Every country has a health agency mandated to accept all drug treatments. For example, in the USA, this organization is the FDA (Food and Drug Administration) and in Canada, it’s Health Canada. Both the Canadian and American agencies still haven’t approved any drug treatment for PE.

Let’s take Paroxetine as an example. It’s the drug that presents the best ejaculation delay effect (IELT fold increase of 8.8)2. Still, even if the FDA approves it for the treatment of specific disorders like obsessive-compulsive disorder, social anxiety disorder, and PTSD, it’s not supported for PE treatment. In fact, to my knowledge, no counties have approved Paroxetine for PE treatment.

Those government drug regulatory agencies all have strict requirements to accept treatments. The approval process can be lengthy and costly. For example, here is the FDA Development & Approval Process.

In fact, up to this date, only one drug has been approved for the treatment of PE in a western country. It’s Dapoxetine, an on-demand SSRI that is approved in most of Western Europe. Still, even if some European countries accept Dapoxetine as a PE treatment, it’s still not approved in the USA or in Canada.

Even if a drug isn’t approved for a specific condition, that doesn’t mean that doctors can’t prescribe it. Since SSRI are used to treat other disorders, it has been approved by the FDA (and other drug regulatory agencies). Doctors know their side effect and their counter-indications. So, a physician is free to prescribe it for an unapproved condition if enough data show its efficacity – which is the case with PE.

This process is called off-label usage. In fact, one of the main difference between an approved and unapproved treatment of a condition with a specific drug is about marketing. Pharmaceuticals that produce SSRIs can’t tell that their drugs can be used to treat PE. The drug’s label can’t mention it, hence the off-label name. However, doctors are still free to prescribe it if they think it could be useful to their patients.

Antidepressant and ED drugs both have side effects. You can have a list of the most common side effect of Dapoxetine and daily SSRI on their respective pages. Again, if you want a real medical opinion on a specific drug side effect, speak to your doctor or your pharmacist.

Drugs vs. Other Treatments

This brings up the question: should I take a drug to treat my PE? I can’t tell you the answer. That’s a decision you’ll have to take with your doctor and possibly your sex therapist if you have one. But here’s my two cents:

With this in mind, there’s no shame in using a drug to treat PE. A lot of men do it all over the world. I’m personally on an SSRI prescription.

Still, one study shows that drugs treatment are more effective in combination with a sex therapy5. PE isn’t something that we can get rid off only with a pill. You’ll have work to do. But sometimes, the pill is a necessary part of the treatment.

How Should I Bring Up the Subject With my Doctor?

Some of you may be too shy to talk about their premature ejaculation problem to their doctor. Keep in mind that doctors have delicate conversations every day. It’s their job; they often have that kind of talk.

One thing to consider though is that not every doctor will be knowledgeable on the subject. Two factors can explain why. First, the way research on premature ejaculation developed, many (doctors included) think that PE is a purely psychological problem. Also, since pharmaceutical companies can’t market off-label uses of their drugs, some doctors may not even know how effective SSRI treatment could be for PE.

If your doctor doesn’t propose any pharmaceutical treatment, don’t be afraid to ask about it. Most doctors that aren’t aware of it will be happy to do the research for you and to check if it’s a suitable option for you. If he has a good reason why drug treatment isn’t the right option for you, he’ll share it with you. Keep in mind though that if you haven’t tried any form of therapy first, your doctor may advise you to try this before. Another option is to use telemedicine.

Approbation: Approved in some European and Asian country and Mexico

Approbation: only for Erectile Dysfunction

Does Cialis or Viagra Help With Premature Ejaculation