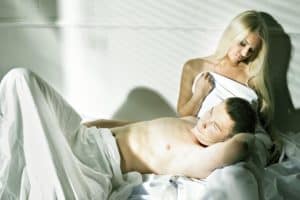 Premature Ejaculation is a problem with three dimensions: Time, Control and Satisfaction. However, if you ask someone to define premature ejaculation his answer will probably be time-based.

“A guy who comes too quick.”

“A guy who reach orgasm before his partner.”

“A guys who ejaculate before x minutes.”

So, how long is long enough?

The average time of sexual intercourse is between 4 and 8 minutes1. The median time of penetration time is 5.4 minutes2. That means that 50% of men ejaculate before 5 and a half minutes.

But time is only part of the problem. If your average sex time is 6 minutes, you are better than 50% of all men on earth. Still, you and your partner may be unsatisfied with it.

Also, sometimes quick can be good. Quickies can be fun. Some couples, for different reasons, prefer when the man comes early. For example, a woman who suffers pain during intercourse may prefer a man that ejaculate fast.

For those reasons, time alone is not good enough to define premature ejaculation. You have to consider control and satisfaction. The right questions should: “Can you choose the moment where you ejaculate ?” and “Are you and your partner unhappy from your sexual activities ?”.

If you have answered yes to both of those questions, then, you may suffer from premature ejaculation.

Before 2008, they were no evidence-based definition of premature ejaculation.

It means that every doctor or therapist has its own criteria. Premature ejaculation diagnosis was subjective. One guy could be considered an early ejaculator by a therapist, but “normal” by another.

For scientific research, it’s a big problem. It’s hard to evaluate and compare treatment effects when every researcher use different criteria.

Still, most specialists agree that a good premature ejaculation definition should be based on the three dimensions we’ve talked about earlier:

Why a Single Definition is Important

If everyone agreed on the base of the definition, every researcher used their interpretation and criteria for the three dimensions. So, research groups were testing different treatments on tests subjects with different situations.

For example, one group may test the effectiveness of therapy on a group of guys who last less than 5 minutes in bed. Then, when this research group compares their results with a study on guys that last less than one minute, it won’t work. You’re comparing two different things!

Also, the causes of Premature Ejaculation from one subject to another may vary. For example, the study on men that last under 5 minutes may include fewer men that suffer from a neurologic based premature ejaculation in their group that the 1-minute group.

The same is true if we take a study that screens its participants only on a time condition (less than 2 minutes in bed) vs other factors (unpleased of your ejaculatory control). In the latter case, a guy who lasts 10 minutes could be included. You can last 10 minutes and be unhappy with your condition. (even if at 10 minutes, you are way beyond the average and you probably make most premature ejaculator jealous.)

For those reasons, in 2007, the ISSM organized a meeting with all the experts on the subject in Amsterdam. The panel had the mission to propose a good, “evidence-based” premature ejaculation definition.

They published the results in 2008 in The Journal of Sexual Medicine3. The final definition tells us that you suffer from premature ejaculation if, in nearly all situations:

Even if sometimes you come in 30 seconds, and other time in 2 minutes, you aren’t a premature ejaculator per the ISSM definition.

The problem with the ISSM Definition

This kind of definition is used for research purpose, but it has a lot of downsides.

First, when we are talking about penetration time, we mean vaginal penetration. So de facto, homosexuals are excluded. You can’t be a premature ejaculator if you aren’t a sexually active heterosexual!

Second, even for heterosexual, the definition seems a bit too restrictive. If you sometimes last 2 minutes, and other times 5 seconds, you would probably be considered premature ejaculator by a lot of common standards.

For this reason, other researchers have decided to split the premature ejaculation definition into four different types4. 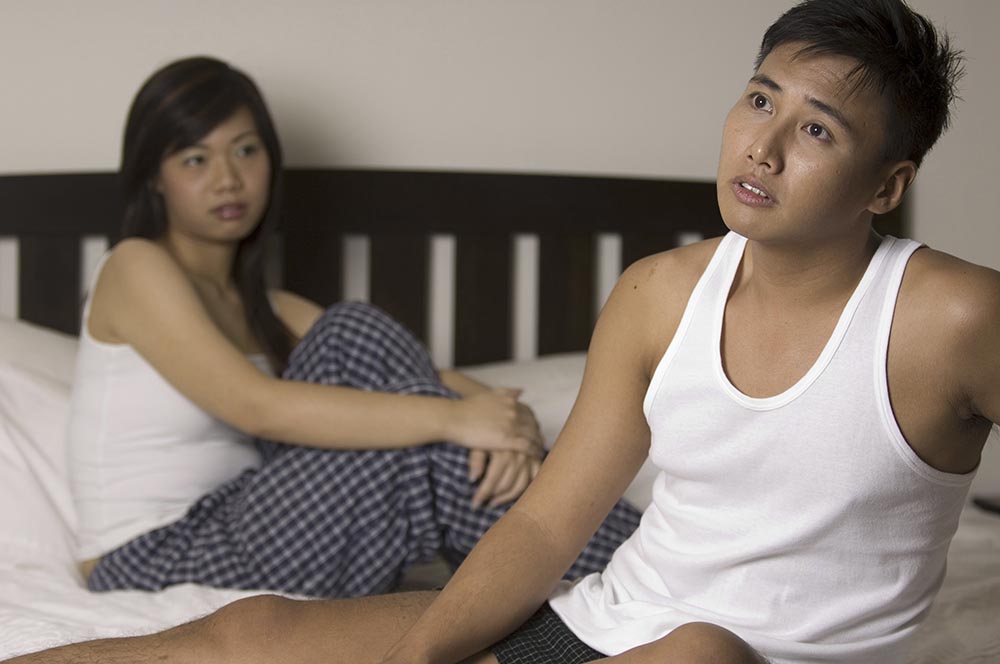 The 4 types of Premature Ejaculation

You can learn more about the 4 types of premature ejaculation here. In short, the four categories are :

People who suffer from lifelong PE match the ISSM definition. Acquired PE is the people who were “normal” but suffer from a severe reduction of penetration time later in life. Natural variable PE includes people who can last more than one minutes sometimes, and sometimes they can’t. Premature-like ejaculatory dysfunction is when someone always lasts more than 2 minutes, but he isn’t satisfied with his ejaculatory time and control.