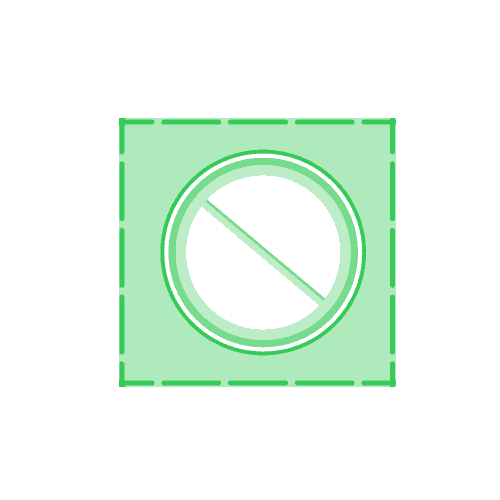 The reasons why some men ejaculate quicker than others are complex. Although the exact causes of Premature Ejaculation are still debated, we know that a mix of physical and psychological risk factors can cause rapid ejaculations. Hypersensitivity of the penis is one of those factors. Premature ejaculation condoms are specially designed to counter this penile hypersensitivity and to delay ejaculation.

Premature ejaculation condoms are specials condoms with an interior coated with a desensitizing solution. The solution uses a low dosage of benzocaine, a local anesthetic, to numb the penis nerves ending. By doing so, it delays the ejaculation and allows the man to last longer.

Condoms That Help with Premature Ejaculation?

Although condoms main use is to protect against STDs and unwanted pregnancy, some men have the impression that it reduces their sensitivity. However, a large-scale study examined the average penetration time of 500 couples around the world, and they haven’t found any correlation between regular condom usage and duration of sex2.

The idea that using a condom can make a man last longer is widespread. As we mentioned, some men find that they feel fewer sensations when they’re using a condom. Therefore, some men hoping to last longer in bed are looking for thick condoms. Some condoms can reduce penile sensitivity and make you last longer, but it has nothing to do with thickness.

A thick condom won’t block enough sensations to make you last longer. If you want a condom that helps with premature ejaculation your best bet is benzocaine condoms. The benzocaine will work directly on your nerves ending. By acting directly on the neurological level, it has a significant effect.

What Are Premature Ejaculation Condoms?

A Premature Ejaculation Condom is a regular condom with its inside coated with a desensitizing solution. This solution is a liquid made from benzocaine, an active ingredient that will numb your penis to decrease its sensation.

Benzocaine is the same substance that you can find in some medication for sore throats and earaches treatments3.

When your penis is stimulated, it sends signals to your brand and spinal cord. At a certain point, the ejaculation reflex is triggered. The benzocaine acts on the sodium channels of the neuron membrane. Those channels are essential for the circulation of the signal. In simpler terms, it prevents your penis from communicating with your brain and spinal cord. When its numbed by the benzocaine, your penis has trouble telling your brain that it should trigger the ejaculation.

How to Use a Premature Ejaculation Condom?

Premature Ejaculation Condoms are used the same way as regular condoms, and they offer the same protection. On top of delaying your ejaculation, they are a contraceptive that protects you against STDs.

While benzocaine is a fast acting agent, its effect isn’t immediate. That’s why, when you put the condom, you shouldn’t start the penetration now. Its effect won’t be active until some time.

The product’s packaging will inform you of the active ingredient time to kick in. Generally, we’re talking about minutes; like between 5 and 10 minutes. You can use this time as an opportunity to continue the foreplay and keep your partner aroused. It’s also a good time to try to calm yourself if you feel too excited.

Also, the use of desensitizing products like premature ejaculation condoms can make you lose your erection. While men who come too fast are often more sensitive to physical arousal, gaining, keeping or regaining erections isn’t a concern for them. However, some men also experience both premature ejaculation and erectile dysfunction at the same time. For those, this side effect of desensitizing products can be a significant problem.

If you take a look at the comments and review sections of online sex shops, you’ll see some guys happy with their effects while other feel no difference at all. This is probably caused by the fact that premature ejaculation has many risks factors. While some guys lack of ejaculation control comes more from physical arousal, others are more vulnerable to psychological arousal. Premature Ejaculation Condoms will help the first, but won’t do any good to the latter.

They are studies that show benzocaine efficacity. In one particular study, a topical 4% benzocaine wipe demonstrated good results4. The control group experienced a 2-fold increase with a benzocaine concentration level similar to most delay condoms. Of course, you can find a higher concentration of benzocaine in premature ejaculation cream or gel. Still, if you want the strongest effect, you should look at sprays. Premature ejaculation sprays use lidocaine instead of benzocaine. Lidocaine is a more potent anesthetic than benzocaine, and it offers a more pronounced delay effect.

Benzocaine is the active ingredient in many products that are available over-the-counter in most country, including the USA. It’s a well-known substance, and it’s relatively safe.

Both the FDA and Health Canada approve benzocaine for the treatment of premature ejaculation.

Benzocaine products can still have side effects and can cause allergic reactions. To assure a safe usage, always respect the instruction on the product’s packaging. Even if benzocaine overdose is possible, PE condoms use a controlled quantity of benzocaine. Where it’s possible to use too much of the substance with sprays or cream, this risk is lower with benzocaine condoms.

In other countries, Trojan and Durex can offer the same products under different names. For example, if you’re looking for an ejaculation delay condom in India, you can use Durex Extra Time, a benzocaine condom that will work similarly to Durex Prolong.

If you hesitate between two brands, you can try both. Condoms are relatively cheap, so feel free to experiment to see if you can spot any difference between different model. Still, since almost every condom uses a 4% or 5% benzocaine solution, the delay effect should be approximately the same no matter which brand you’re using. Personally, I don’t find any difference between Trojan and Durex delay condoms.

Other brands can also offer delay condoms. For example, some sex shop like Adam & Eve offers their home brand of delay condoms. Even if they are sometimes cheaper, personally, I won’t try any brand that doesn’t explicitly states its active ingredients and its concentration level.

Where to Buy Premature Ejaculation Condoms?

You can buy the mentioned brand at most drugstores or sex-shops. You can also buy your premature ejaculation condoms online on Amazon by clicking on one of the links below.

All the condoms mentioned above uses benzocaine as its active ingredient. The FDA allows the usage of two different local anesthetics for premature ejaculation products. The other substance is lidocaine.

The most significant advantage of lidocaine is that it’s a more potent anesthetic. Therefore, lidocaine delay effect is stronger. That argument is enough for people to wish for a lidocaine condom. Indeed, premature ejaculation condoms are easier to use than other delay products. However, their biggest con is that they don’t offer a strong delay effect.

Unfortunately, lidocaine condoms aren’t possible. Lidocaine is corrosive to latex. Using a condom when you have lidocaine on your penis skin risk to break the condom.

Also, the FDA only allows lidocaine in dose-metered spray bottles. So, the only lidocaine delay products available are premature ejaculation sprays. If you’re looking for a lidocaine condom, your only chance is to use a lidocaine spray. And if you want to use a condom on top of the spray, you have to respect the right application process.

Besides premature ejaculation condoms, there are different types of delay products. The same solution that is used in desensitizing condoms can also be sold in cream, gel or sprays. Sprays also use lidocaine, another ingredient similar to benzocaine, but stronger. If you want to see the pros and cons of each product type, you can consult our Best Premature Ejaculation Products page.